WrestleMania Backlash has traditionally included the fallout from the biggest event of the year. The show saw several rematches and was headlined by a six-man tag team match for the first time in the history of the event.

As a filler show, there were several superstars, champions, and authority figures missing. However, there were some memorable moments throughout the show and a number of glaring mistakes.

#5. Cody Rhodes defeated Seth Rollins for the second time in just over a month

Cody Rhodes took on Seth Rollins in the opening match of the night in their second high-profile match since The American Nightmare made his WWE return.

Rhodes was able to defeat Rollins at WrestleMania and it was believed that 50/50 booking would allow the former Shield member to claw back a win here as well. The former AEW star has now secured two pinfall wins over the former world champion without reply and it’s unclear what the future now holds for The Visionary following these losses.

Rollins used the excuse of being unprepared for the match at WrestleMania, but how will he bounce back from his latest loss?

#4. Bobby Lashley was pinned for the first time in eight months

Bobby Lashley defeated Omos to end his undefeated streak at WrestleMania, so The Giant returned the favor last night. Lashley was on his own undefeated streak and had remained unpinned for almost eight months before his collision with the Nigerian star.

The All Mighty was once pushed as one of the biggest stars on RAW but has since been downgraded and his unpinned streak came to an end last night as part of a filler pay-per-view. This feud is far from over and it could have been built much better over the next few weeks to make Omos’ win over Lashley a bigger deal.

Whilst MVP’s involvement means that Lashley could still come back strong from this loss, the story could have been handled differently and pushed into Hell in a Cell with ease.

#3. The main event of WrestleMania Backlash had a predictable finish

After pushing a unification match as the main event of the show for several weeks, WWE changed the match at the 11th hour and decided a six-man was a better option. There was a belief that there could be a huge swerve and that Drew McIntyre could pin Roman Reigns for the first time in his career, making this a memorable addition to the card.

This wasn’t the case and The Bloodline picked up the predictable win, which leaves the faces with all of the work to do heading into Hell in a Cell. McIntyre pinning Reigns would have handed him a shot at the Undisputed WWE Universal Championship but this didn’t happen so The Tribal Chief once again doesn’t have any challengers following Backlash. 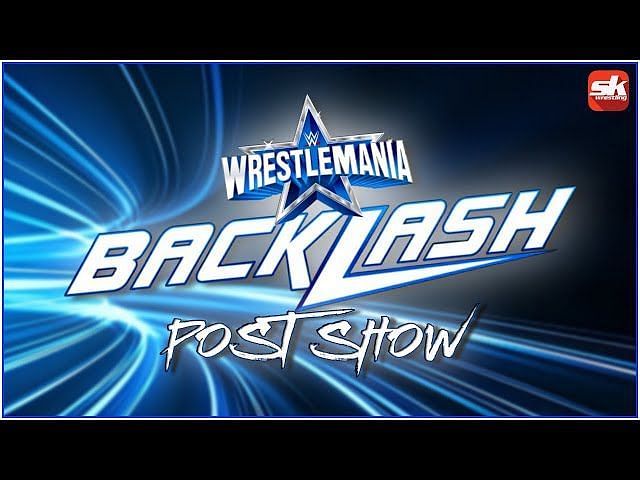 The buildup to Ronda Rousey’s rematch against Charlotte Flair has included Drew Gulak for several weeks. The former Cruiserweight Champion has been attacked by both women heading into this showdown with him most recently incurring the wrath of Charlotte Flair.

There was a belief that Gulak would once again be part of the match at WrestleMania Backlash and at least exact some revenge to help Rousey win the Championship but this wasn’t the case. There was no end to the story that included Gulak but there was a title change, it’s unclear if Gulak will be on-hand again this week on SmackDown or if WWE decided that he was no longer needed in this feud.

#1. Several main Champions were not part of WrestleMania Backlash

One of the biggest faults heading into this event was that many Champions and superstars were missing from the show. More than 20 main caliber superstars were forced to watch the show from backstage.

This included RAW Women’s Champion Bianca Belair, United States Champion Theory, Intercontinental Champion Ricochet, and Women’s Tag Team Champions Naomi and Sasha Banks. It’s unclear why WWE decided on just six matches for the WrestleMania Backlash card, but there was room to add more matches and take away some filler bouts to include these main stars.