What happened with Roman Reigns and The Bloodline after RAW went off the air?

Roman Reigns and The Bloodline were part of a six-man tag team match after WWE RAW went off the air.

The Tribal Chief was present on tonight’s edition of WWE RAW as well. After the show went off the air, he teamed up with The Usos to take on Drew McIntyre, Kofi Kingston, and Xavier Woods. In the end, McIntyre hit a Claymore Kick on one of the Usos to pick up a big win for his team.

At one point during the match, Heyman got upset over some fans jeering at him, and Reigns consoled him in an amusing moment. Fans may be aware that Heyman has recreated this moment in various dark matches.

Check out some clips from the dark match below:

@RothsReviews
class=”tweet-body”>Dark match main event of Roman Reigns and the Usos vs Drew McIntyre and the New Day after #WWERaw went off the air in Detroit. Unsurprisingly, McIntyre and New Day won to send the crowd home happy. 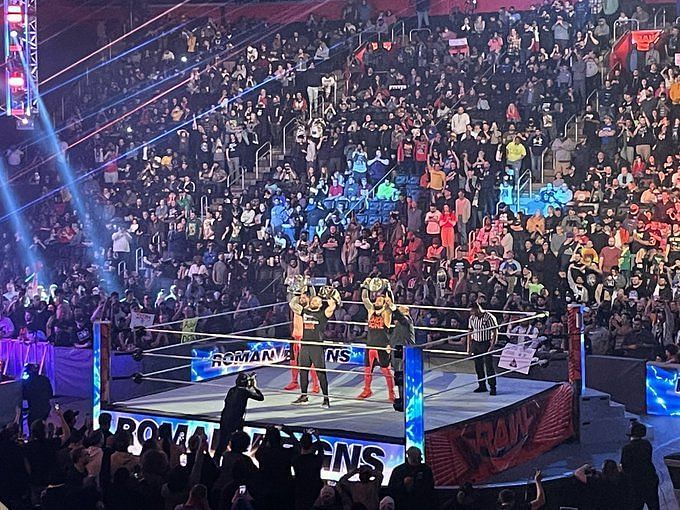 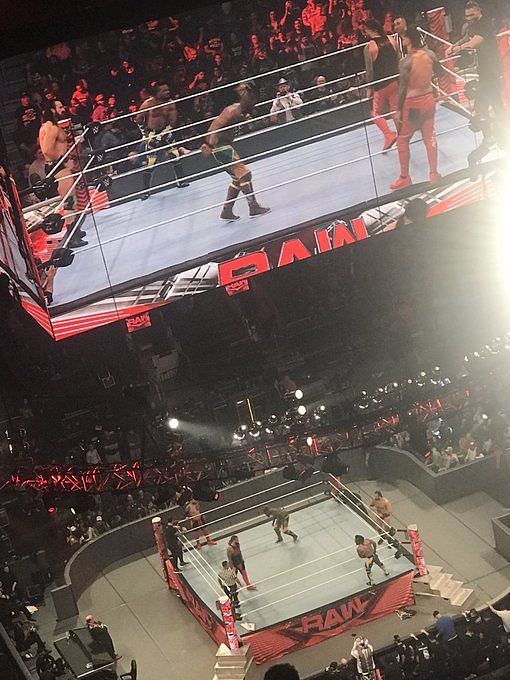 As we mentioned earlier, The Tribal Chief unified the WWE Title and the Universal Title at The Show of Shows. On last week’s episode of SmackDown, Reigns urged The Usos to unify the tag team championships. The red brand’s titles currently belong to RK-Bro who successfully retained them at WrestleMania 38.

As for Drew McIntyre, he has beaten Reigns in a series of multi-man dark matches over the past few months. However, he has failed to defeat the unified champion in singles competition. Still, McIntyre is one of the biggest threats to Roman Reigns’ Unified WWE Universal Championship reign. It won’t be a surprise if WWE ends up booking this feud soon.

Are you enjoying Roman Reigns’ dominant run as WWE’s top champion? Who will be the one to finally dethrone The Tribal Chief? Share your predictions below.