On this week’s edition of WWE RAW, Big Time Becks got into a brawl with arch-rival Asuka, and it didn’t end well. The final moments of the segment saw Big Time Becks retreating up the entrance ramp.

While she was leaving, Alexa Bliss came out. Lynch, who had just received a beatdown at the hands of Asuka, began yelling at Bliss while the latter kept walking to the ring for her match. In a clip, Lynch can be heard telling Bliss, “I hope you win.”

Bliss shared the clip on her Instagram story and took a slight jab at Lynch, hinting she was unbothered by Big Time Becks.

It should be noted that Bliss and Liv Morgan went on to defeat Nikki A.S.H. and Doudrop in a Money in the Bank qualifying match. Meanwhile, Lynch will face Asuka in another qualifier match on RAW next week.

Bliss and Lynch are no strangers to each other. About six years ago, they were two of the most popular female stars on WWE SmackDown. The duo faced off on several occasions with the SmackDown Women’s Title on the line in 2016-17.

Interestingly, it’s been about three years since the two women faced each other in a singles match. Their last singles encounter took place on the July 29, 2019 episode of WWE RAW, during the peak of Lynch’s “The Man” phase. Lynch was victorious over Bliss that night. 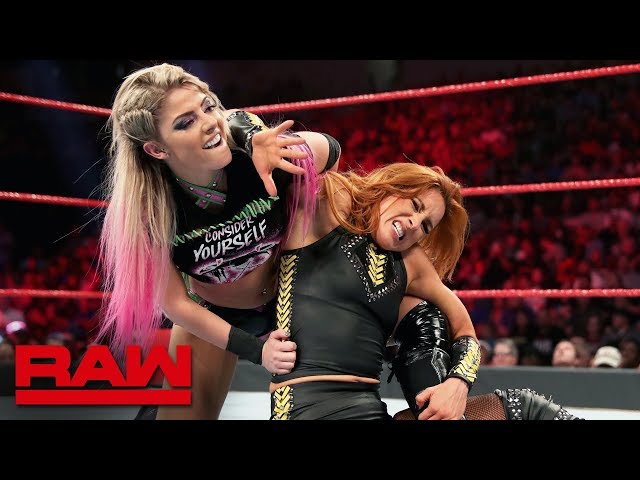 At Money in the Bank 2022, a Women’s Money in the Bank match is scheduled, with the winner bagging a women’s championship match contract. In 2018, Lynch came quite close to winning the coveted briefcase, but Bliss made her fall off the ladder and grabbed the contract mere seconds later.

Now that Bliss has made it known that she’s ‘unbothered’ by Becky Lynch, it would be interesting to see what happens if the two women come face-to-face during the Money in the Bank match.