“What the f*** was that?” – Ex-WWE star recalls Vince McMahon’s scathing criticism of his match

Noble performed as a WWE in-ring competitor between 2001-2004 and 2005-2009 before becoming a producer. Shortly after starting his producer role, the former Cruiserweight Champion asked Richards and Shelton Benjamin to incorporate two of his ideas into their match.

Speaking on Rene Dupree’s “Cafe de Rene” podcast, Richards revealed that Vince McMahon “hated” those moments in the match. Instead of taking responsibility, Noble laid the blame on the two superstars.

“I did exactly what Jamie told me to do with the two kinda wildcard type spots or ideas put in there,” Richards said. “Vince hated it, and in Gorilla [backstage area] Vince was like, ‘What the f*** was that? Whose idea was that?’ and Jamie did the old Johnny Ace [John Laurinaitis], ‘I don’t know what they were doing.’” [48:52-49:10] 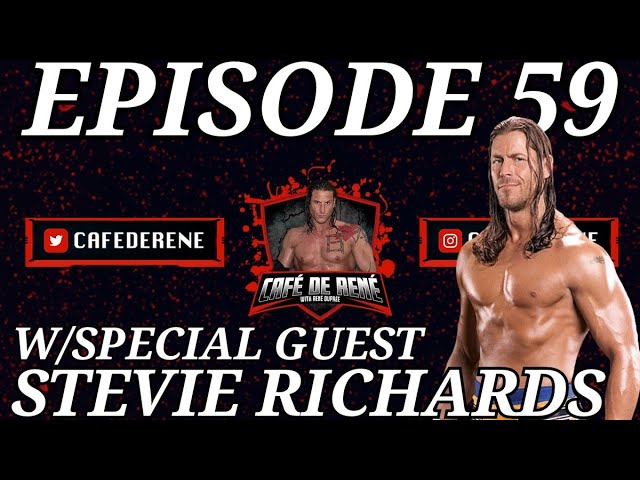 Richards added that WWE Head of Talent Relations John Laurinaitis sometimes jokingly blamed talent if McMahon disliked an idea he had already approved. Similarly, Noble refused to admit he came up with suggestions that the WWE Chairman criticized.

Stevie Richards believes Jamie Noble has likely politicked backstage to keep his job in WWE for so long.

“I looked at him and I didn’t say anything because it’s naturally like, ‘Why are we gonna get into this right here?’” Richards continued. “I’m just gonna walk off, take the heat. Just my guess because I never experienced it, but my guess was there were times with Jamie throughout the years where that’s what secured his job, doing those kinds of things.” [49:36-50:02]

Noble appears sporadically on WWE television, usually to separate superstars when brawls get out of control. He also performed alongside Joey Mercury as a part of Seth Rollins’ J&J Security team in 2014 and 2015.