Happy Corbin listed defeating Roman Reigns to win the Undisputed WWE Universal Championship as his dream in the company.

The SmackDown star has been a part of WWE for nearly a decade but is yet to win a world championship in the company. Although Corbin has come fairly close many times, winning the top prize in WWE is still a dream for him.

On the latest edition of Out of Character With Ryan Satin, Corbin spoke about WWE’s competitive environment, stressing that, like everyone else, he also wants to take the titles off Roman Reigns:

“We’re all fighting for top spots. We all want to take titles off Roman Reigns. We all want to be The Guy. That’s what we want, that’s why we’re here. If you don’t want that, you shouldn’t be here. That’s the bottom line. I’ve been here for quite a while now, and I am yet to get my hands on that title. It’s still like the dream, the goal.”

The former King of the Ring winner added that although he has stood across the ring from legends like The Rock and John Cena, he still longs for a world title reign:

“I’ve been in the ring with everybody from The Rock to Cena to Roman to Seth to Braun [Strowman], Kurt angle. I’ve faced every top guy. I just haven’t gotten that title. I’ve had long programs with these guys. I mean for two years straight I was in the main event every night. It was from Seth and Becky to Braun to Roman. Roman and I ran for seven months in the main event. Every Europe tour, every live event, every pay-per-view, it was the main event and I never got my hands on the title, so it’s like unfinished business for me.” (from 8:28 to 9:12) 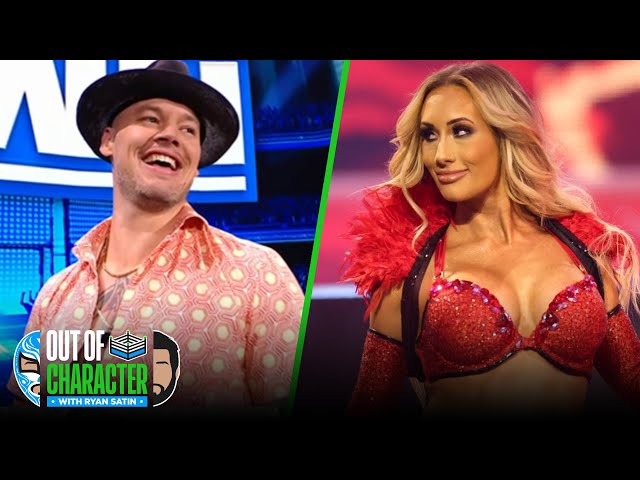 Roman Reigns is a marked man in WWE

This week on SmackDown, The Tribal Chief defended his Undisputed WWE Universal Championship against Riddle. While Roman got the better of The Original Bro, his victory celebration was short-lived as Brock Lesnar returned to the blue brand.

The Beast Incarnate wasted no time going after The Head of the Table and delivered multiple F5s to The Bloodline. The duo will lock horns at SummerSlam 2922 to settle their differences.

Roman also has unfinished business with Randy Orton after he and The Usos took out The Viper in a post-match assault. While Orton is out due to an injury, one can assume he’ll be back for vengeance.