On Saturday at Money in the Bank, we saw multiple surprises throughout the night. The opening match was the Women’s Money in the Bank which saw Liv Morgan win the match. Later the same night, she cashed in the briefcase on injured Ronda Rousey.

The crowd went confused at first, thinking Morgan was going to lose her money in the Bank contract against Rousey. However, ‘The Baddest Women on the Planet’ who had an injured knee couldn’t continue a second match and lost against Morgan.

Nobody thought they would see Liv Morgan cash in on the same night. However, she used her contract on Ronda Rousey and won the SmackDown Women’s Championship. Rousey locked Morgan into an ankle lock as soon as the bell rang and it seemed the 2022 Women’s Money in the Bank winner was going to tap out.

After Morgan won, Rousey, out of respect, handed the SmackDown Women’s title to her out of respect for her hard work in WWE. A wrestling fan shared a picture on Twitter saying, “Photo via Ronda’s former photographer. Ronda gets too much hate.”

There was a caption on the picture that said, “Respect to Ronda Rousey, who never wanted or asked to be champion…And demanded that the most passionate pro wrestler be awarded the most prestigious title in out industry…#respect”

Ahead of the cash in by Liv Morgan, Ronda Rousey had a match against Natalya which she had won. However, Rousey had injured her right knee in the process of defending her title.

What’s next for Ronda Rousey?

A major question stands about where Ronda Rousey’s storyline will go in WWE after losing her title. Recently, F4WOnline shared how Rousey is heading now back to square one, but she isn’t leaving the title picture just yet. She will probably ask for a match for the title in the future.

Meltzer adds that he is surprised by this booking choice WWE is made because “almost everybody figured it would be Charlotte Flair and Ronda Rousey at SummerSlam and it’s not”. (H/T Wrestling Inc) 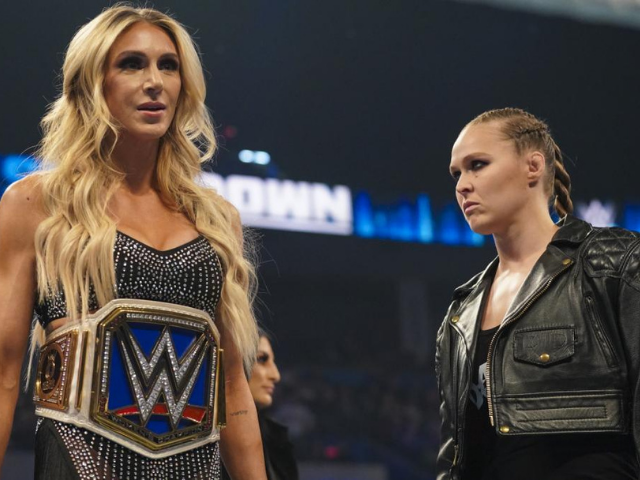 As of now, Rousey is not in the plans for SummerSlam. Many expect she will reignite her feud with Charlotte Flair, but The Queen isn’t coming back to WWE soon. Flair took some time off and WWE stated it as a storyline, a ‘fracture of the radius’ injury she suffered after her ‘I Quit’ match against Rousey.

What do you think about Ronda Rousey’s future till SummerSlam? Will she have a new opponent? Let us know your thoughts below.