Ronda Rousey Once Made $560 Million Worth Floyd Mayweather Feel Cheap With Her Fiery Comments: “3x More Than He Does Per Second”

Ronda Rousey is one of WWE’s top stars right now. But prior to signing for WWE, Rousey enjoyed immense success in the UFC. During her time in the UFC, she fought against several top MMA stars. But do you know Rousey also made comments about Floyd Mayweather?

The UFC President once claimed Rousey would have beaten Mayweather in an MMA fight. This did not sit well with the boxing sensation. Soon after such comments from Dana White, Floyd Mayweather noted he did not even know who Rousey was.

This was not all. He further took a dig at Rousey by mentioning that Ronda Rousey should earn at least $300m before talking about him. It would have been strange if ‘The Baddest Woman on the Planet’ had kept quiet after such comments from Floyd Mayweather. And as per reports from SB Nation, Rousey did not hold back.

In response to these comments from Floyd Mayweather, Ronda Rousey said, “I actually did the math and, given the numbers of my last fight, I’m actually the highest-paid UFC fighter, and I’m a woman. I think I actually make two to three times more than he does per second … so when he learns to read and write, he can text me.”

Ronda Rousey is a stranger to none. She had excelled in every field so far. From winning a bronze medal in the Olympics to becoming the inaugural UFC Women’s Bantamweight Champion, Rousey has done it all prior to joining WWE. And she is now making a name for herself in professional wrestling.

A look at the impressive WWE career of Ronda Rousey

Prior to signing for WWE on a full-time basis, Rousey had made some appearances in WWE. And ever since then, fans had wished to see her in action in WWE. But in 2017, as per reports, Rousey signed for WWE. And right from the start, she had the attention on her. 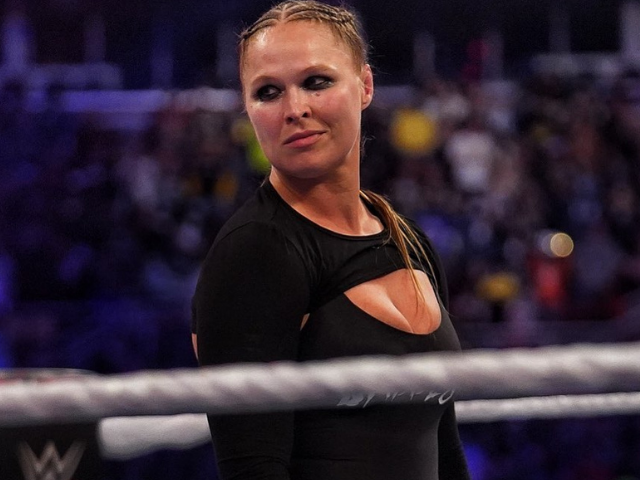 Ronda Rousey’s WWE career so far has been a pretty impressive one. As of this writing, she has held the WWE Raw and WWE SmackDown Women Championships. Apart from that, ‘The Baddest Woman on the Planet’ has also won the Women’s Royal Rumble once. Also, not to forget, Rousey, along with Charlotte Flair and Becky Lynch, became the first woman to main event WrestleMania in 2019.

Ronda Rousey is still signed to WWE. And if she can continue performing like these, then she might add another few records to her name in some years.