This is why I hate The Rock” – Former Mr. Money in the Bank sends a message to The Great One

The Rock, aka Dwayne Johnson, is one of the greatest and most popular WWE Superstars of all time. However, former Mr. Money in the Bank Baron Corbin doesn’t seem too fond of The Great One.

WWE is set for the season premiere episode of Friday Night SmackDown this week. The company’s official Instagram account recently shared a video of The Rock’s return in 2019 on the first episode of SmackDown on FOX.

During that appearance, he had an in-ring segment with Becky Lynch and Baron Corbin, then known as King Corbin. The segment saw Corbin taking a beating at the hands of The Rock and Becky Lynch with the fans in attendance cheering for the babyfaces.

Baron Corbin was quick to notice WWE’s post about the segment and commented that this is the reason why he hates The Rock. 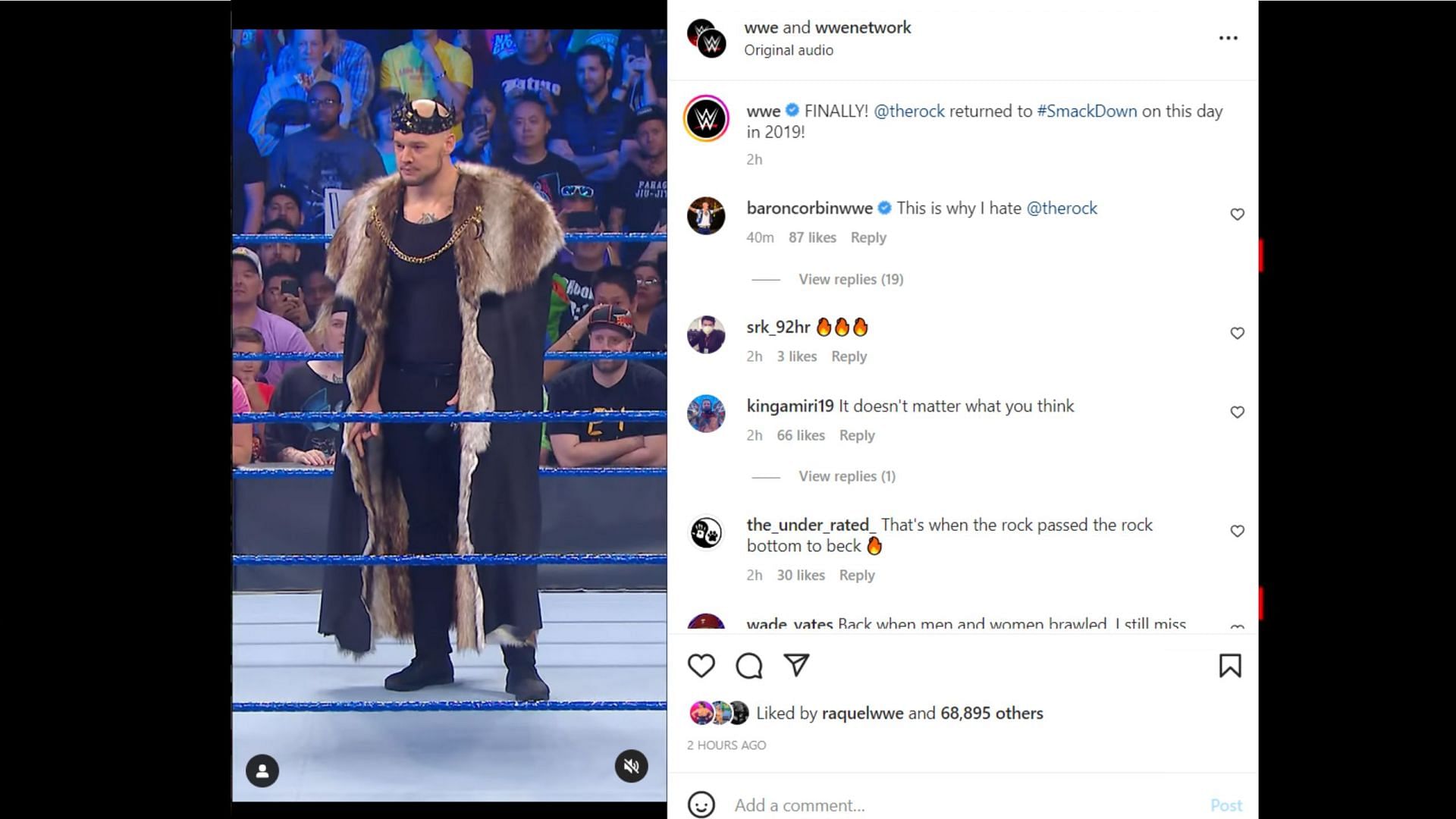 While the 10-time world champion laid out Baron Corbin on SmackDown that night, he went on to praise him in an Instagram post later on and thanked him as well.

“This Rock Bottom crash landing is gonna knock the hell outta ya, but it’s just pain. Eventually, it goes away. Huge thank you to this stud @baroncorbinwwe. Thanks for the action and letting me throw around all 6’8 300lbs of you. You gotta lot of talent and potential as we discussed. Keep working hard to hone your craft, always entertain the fans and when it’s time to be a bad MF’er. Be a bad MF’er. And tell @wwe props to always make sure you have more than one crown,” wrote The Rock in his Instagram post.

The Great One hasn’t had a WWE match in over six years now. He last wrestled in an impromptu match at WrestleMania 32 where he pinned Erick Rowan in a record six seconds.

For the past couple of years, fans have been wanting to see him return for one last match against his cousin and current WWE Universal Champion Roman Reigns. Reports have indicated that the company is planning this major match for next year’s WrestleMania 39. However, it all depends on Dwayne Johnson’s availability as well as clearance to wrestle.

Would you like to see The Great One return to the ring for one last match against The Tribal Chief?